What if I told you that a 6-year-old could learn to play Dungeons and Dragons? Before we get into how, let’s look at some of the most frequently asked questions about kids and D&D.

Is there a kid version of Dungeons and Dragons?
Yes. DMingDad has developed a kids’ version of D&D. DMingDad provides kid friendly adventures as well as DM Tips for running Dungeons & Dragons for kids. There’s no official kids version of the game from Wizards of the Coast.

What is a good DnD Campaign for kids?
Here are some DnD adventures and campaign journals from DMingDad’s DnD campaign for kids. If your looking for an official D&D campaign setting to run for kids, Wild Beyond the Witchlight is whimsical and can be simplified for kids. Wizards of the Coast also published a kit with the book and accessories like maps and encounter cards.

How abut a 6 year old? Can a 6-year-old play D&D?
Yes, but 6-years-old is about the youngest I would recommend.  This is because players must be able to read numbers and do some basic addition and subtraction.

I have covered many tips for how to simplify Dungeons & Dragons to make it kid friendly. See my DM Tips for more detailed information.

Let’s see if we can get you up and playing a game today. Planning a whole campaign is an ambitious task. If you are going down that road, I recommend you start with mashing a few good movies, comics, and cartoons together. Don’t take it too seriously because your kids certainly wont!

Make a list one to three things you like (stuff you are going to steal) from each of the following:

Next choose a faerie tale or parable and flip it on its head. For example, the trolls under the bridge are just building contractors trying to get paid for the work they did (Troll Bridge). Here’s another one, the dragon guarding the tower is actually a cursed princess, and the pretty lady in the tower is the evil witch (Princess in a Tower).

That’s it! Now you have a world and an adventure. Next you need players and characters…

Kids who can barely read don’t need a complicated character sheet. Keep it simple. Ask the kids what kid of character they want to play. Make a list of three special things they can do:

But what about character classes and races (species) you ask?
For younger players, the classes aren’t really that important. Keep the choices simple and use language they understand. For example, sorcerers are like superheroes, that have abilities that get stronger as they learn how to use them.

Character races (species) in D&D are really all about the back story, stat bonuses, and skills. You don’t really need any of these, so let the kids be whatever they want. Heck, one of my kids plays a Kerby knockoff, complete with swallowing and spitting bad guys.

What are the best classes for kids?
In my experience, here are the most common things young kids want to play:

What are the worst classes for kids?
Avoid anything that requires reading. Wizards are the worst. I haven’t met a kid yet that wants to play a student that studies all the time and has to keep track of books and complicated spells. If they want to be a Wizard, don’t give them too many spells.

How can kids play a Wizard or cast spells if they can’t read?
I am a fan of the token system. Create some “power” or “spell” tokens and have the kids turn them into the DM when they are used.

Come up with one or two attacks the character can use like a sword and a bow. The attacks will use the d8 for damage OR you can use the 3 strikes rule. Basically, that is where a bad guy can be defeated with:

Keep the combat simple by focusing on the dice rolls instead of armor class. Here’s a good guide:

Now give the players a d20 and a d8. They should roll both at the same time.  The d20 tells if you hit and the d8 tells you how much damage or how good of a hit it was.

Their Places, Not Maps

While having a good map makes the game much easier to run, you really need to remember that we are exploring places, not maps.

Yes, we need bad guys for the characters to fight, but keep it age appropriate. I suggest asking the players what kind of bad guys they want to go up against. You might get Plankton from SpongeBob or they may surprise you with some really fantastical monster they dream up. Roll with it. Remember that D&D is a cooperative storytelling game where the DM provides the story structure and referees.

D&D has some really good, kid-friendly monsters. Here are some of my favorites: 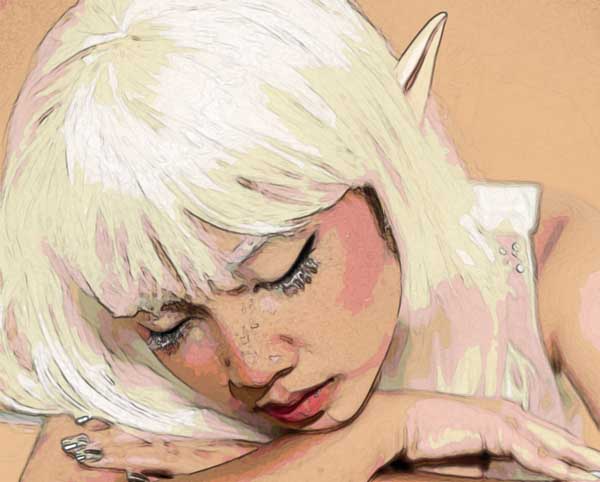 Support Me on Patreon