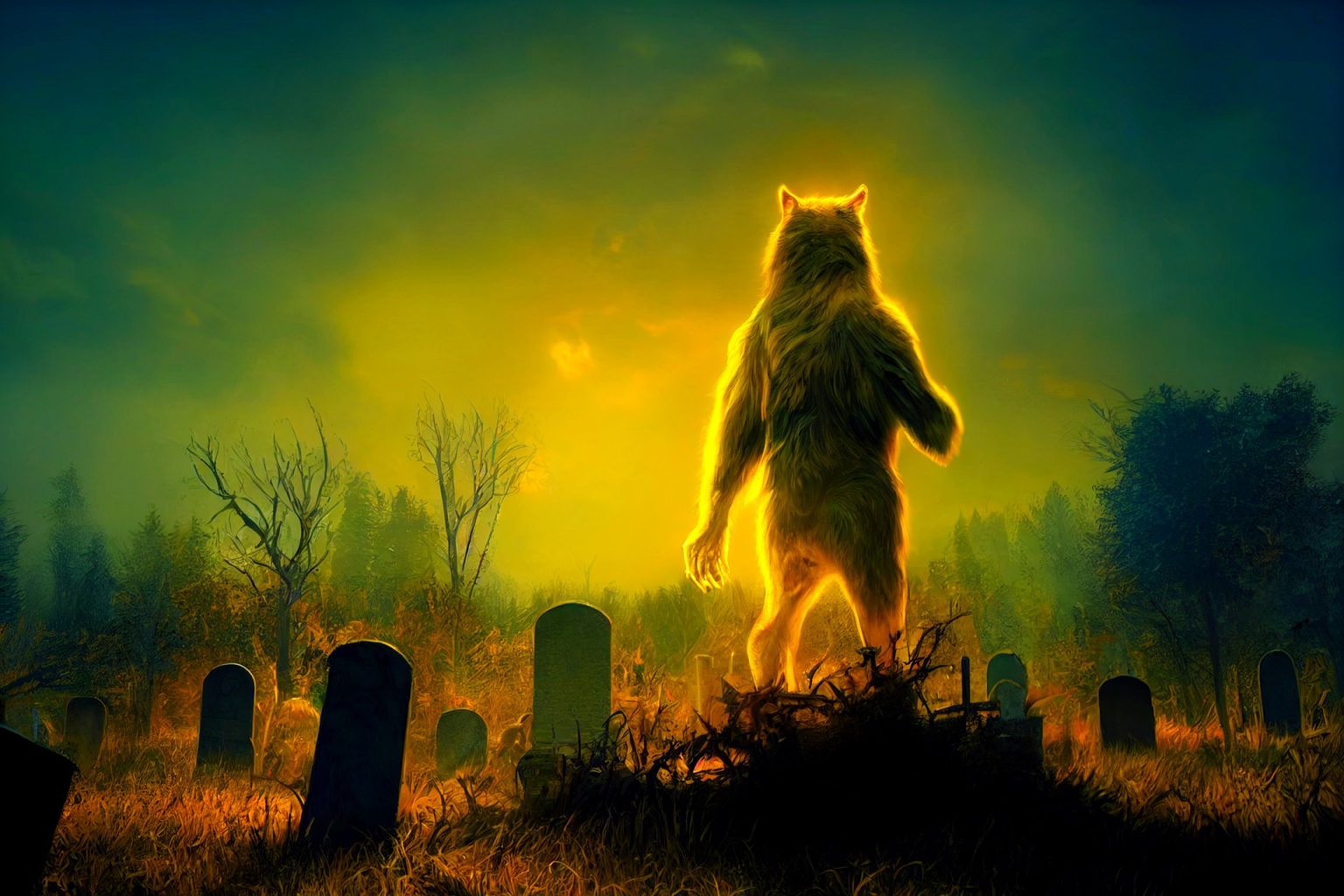 Word has reached you from a nearby village that the new owner of the keep is a vampire and the castle grounds are guarded by werewolves. The next full moon is only three days away and the village elders fear things may get ulgy.

The mayor promises 100 gold pieces and the town will support the party’s claim on the keep if the adventures can rid them of the vampire and his minions.

For a more roleplay-heavy game, use the locations/NPC content below to allow players to explore the town and gather clues and rumors.

If your group is more combat-oriented, they can try to infiltrate the castle grounds and the castle itself. The werewolf guards will use psychological warfare, hit-and-run as well as pack tactics against the PCs. Their goal is to scare off invaders rather than kill them.

When the players manage to get into the castle, SURPRISE! It’s a haunted house adventure! Landry Chaperone and her personal bodyguard will know when and where the party enters the castle. They will start to play a game of cat and mouse with the PCs.

Landry is bored easily and a group of PCs is the perfect way to break the boredom. 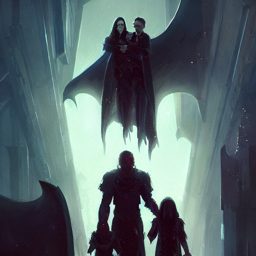 The Chaperone family were cursed to be Vampires by a vengeful and jealous lord many generations ago. Since then the family has not only learned to live, but thrive with the curse. Not having been turned by a vampire, they retain their personalities and good alignments.

Landry Chaperone, the daughter of Lord & Lady Chaperone, may look like a young girl, but do not be fooled. She is hundreds of years old and fully capable of defending herself. She is highly intelligent and a skilled wizard specializing in the subtle casting of illusions.

Over the years the Lord and Lady, along with their daughter, have made many powerful allies and work in the shadows to improve their world in many ways.

The Samp: A Rising Evil

For our table, I used this adventure as a way to introduce the Sunless Citadel from the Tales from the Yawning Portal. There are many other adventures that center around evil rising from the swamps, so feel free to link this adventure to any of those or one of your own.

Thomas Darkdraft – Shopkeeper (Darkdraft’s Sundries)
Physical: Thomas is a 41 year old male human shop keeper. He has a bald head and gray eyes. He has soft brown skin. He stands 177cm (5’9″) tall and has an overweight build.
He has a round, stunning face with a long van dyke beard.He is very nimble.

Personality: He always has time to help others, as long as there is a coin in it for him. He shows very little empathy towards others. He judges people by their actions, not their words. He stretches the truth to tell a good story.

Secret: He has around a large purple egg of unknown origin.

Winifred Farlight – Baker (Winnies’ Bakery)
Physical: Winifred is a 20 year old female human baker. She has long, curled, brown hair and brown eyes. She has rough, pockmarked, golden skin. She stands 177cm (5’9″) tall and has a massive build. She has a jolly round face.  She has a small scar on her right arm.

Personality: Winnie, as the townsfolk call her, is jovial and engaging. She is eager to please. She is always one to swap stories, the juicier the better.

Secret: She is being blackmailed and would do anything to get rid of her blackmailer.

Roger Rowntree – Smith (The Forge)
Physical: Roger is a 59 year old male human smith. He has short, straight, red hair and green eyes. He has rugged brown skin. He stands 149cm (4’10”) tall and has a muscular build. He has an edgy, creepy face. He is slightly allergic to tieflings.

Personality: He will always prioritize the needs of other people, even to his detriment. He is very pessimistic. He enjoys tavern brawls. He sporadically misquotes common sayings and mixes metaphors (i.e. “I’ll be with ya in two shakes of a dead frog’s hair.”

Secret: He receives regular payments from an unknown source for spying on the villagers and reporting on local events.

Gorvena Caskbow – Innkeeper (The Lucky Pelican)
Physical: Gorvenal is a 20 year old female human innkeeper. She has very long, wavy, brown hair, black eyes, and golden skin. She stands 187cm (6’1″) tall and has a round build with a square, plump face. She is heavily allergic to strawberries.

Personality:  She is loud and boisterous. She is very cynical and materialistic. She uses a beautiful walking cane, more for show than need. She has a crude sense of humor.

Secret:  She is part of a secret rebellious organization that wants to take control of the government.

Tristan Keenseeker – Merchant (Keenseeker’s)
Physical: Tristian is a 65 year old male human merchant. He has very long, wavy, brown hair and blue eyes. He has rugged, pockmarked, dark skin. He stands 164cm (5’4″) tall and has a muscular build. He has an edgy, attractive face with a long van dyke beard. He smokes the pipe sporadically.

Personality:  He easily holds grudges. He is generous and quick to strike a deal. He cannot tolerate rough living conditions. He doesn’t like being told what to do.

The new lord of the castle is a vampire. I hear he is raising a little girl in the castle. Probably a snack for later.

Boys down at the docs have been talking about how they been see’n werewolves prowl’n in the swamp. You can hear em’ howl’n at night.

Frog hunt’n and fish’n ‘s been pretty bad lately. Somth’n ‘s out in that swamp eat’n ’em all up.

A creeping fog clings to the ground surrounding the castle for several hundred feet. The fog occasionally takes eerie forms, like grasping claws and writhing serpents.

All the plants in the vicinity of the castle have died. Dead trees dot the landscape. Only twig blights survive along the castle walls and grounds.

There’s been some strange come’ns and go’ns ’round here lately. More than one of the townsfolks ‘ave gone miss’n. Some say they moved out in the middle of the night, but I think they were lured up to that castle, and ain’t nobody ever gonna hear from ’em again.

I seen the the blacksmith talk’n to a raven the other day. Hold’n a full-fledged conversation. It ain’t natural.

Ol’ Pinker and his kid swear they saw the ruins of a castle just stick’n out of the ground. He said they was check’n out a sinkhole that opened up when they found it. Last I heard, they was head’n out to see if they could get in and do a little explor’n. Maybe come back rich.

There’s been a lot of bats round lately. Some say it’s ’cause of the the new Lord is a vamp, but I say bring ’em on! I haven’t been bit by a mosquito in over a month.

I don’t know what they are eating up there in that castle, but whatever it is, it ain’t coming from our market. We ain’t seen no visitor from up there since they moved in. Seems a bit suspicious to me. 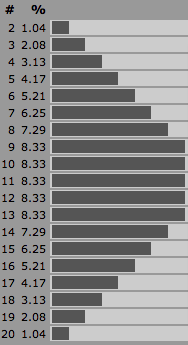 Depending on how large the party is and how intimidating they look, Landry will use one of the following tactics to engage the party.

Landry’s goals are simple, scare the party, get a good laugh, and run them until they drop from exhaustion. See the rules for running a chase here.

Regardless of which version of cat & mouse Landry chooses to play, the fun will come to an abrupt end if the party actually harms the girl. In that event, she will summon her bodyguard telepathically and he will alert the rest of the castle. This will bring all of the castle guards as well as the Lord and Lady Chaperone.

Landry is a Wizard and will use her casting abilities to make the game more fun in the following ways:

The End is Just the Begining...

Once Landry has finished playing with the PC’s, they will be brought to meet the Lord and Lady of the castle. Lord Chaperone will explain to the party that they are no threat to the neighboring villages, but there is a real and growing danger. Here is your chance to introduce the next adventure or even have the party put on the payroll of the Chaperone family.

Feel free to use the Chaperones as quest givers, recurring competition, or even the occasional information source for the party when they need one.

If your party chooses to hunt and kill the Chaperone family and their guards, the local townsfolk will live up to their promises; however, the Chaperones have many powerful friends and there is a growing menace that will need to be dealt with sooner or later.