Ahhh… the annual celebration of the inventor of Dungeons & Dragons. Okay, one of the two creators. To celebrate this day DMingDad is putting out a Gyagax-themed adventure. Credit to DMingMom for the idea.

This game is for more experienced players. Still family-friendly, but the one-shot characters are complicated to play. For this adventure, players can bring 20th lever versions of their own characters or you can give them one of the characters below to play. See The Player Characters below.

I recommend giving the plot hook before the game and allowing players time to pick a character a day or two ahead of time. The players will be using 20th-level characters to run through a trap-filled dungeon chased by the BBEG… a race to the prize at the bottom.

A ghostly apparition of Gary Gaygax appears to a select group of dungeon masters and D&D players across the world with a dire warning and a strange request.

You have to help me. A powerful entity is taking control of everything. Only you can stop it. Gather on Lake Street, where it all started. I will meet you there. 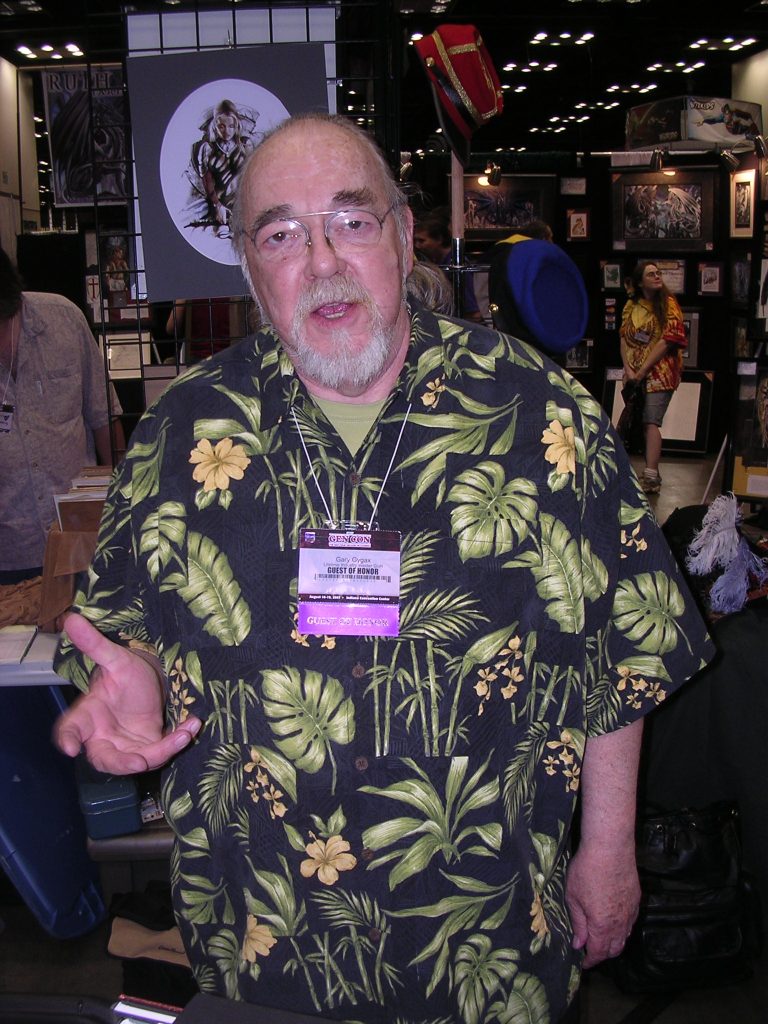 A group of DM’s have gathered to answer the call to adventure. As your taxi pulls up to the non-descript home, you see a hand full of failure faces. You exit the taxi and approach the group. Just as you are about to introduce yourself, the landscape and neighborhood homes distort with a wave of magic. An ominous set of ruins appears where the former headquarters of TSR once stood.

You glance around rapidly at your companions. It takes a few seconds for you to realize you have all been transformed into one of your high-level D&D characters.

If your players don’t have their own 20th-level characters to play, here are a few that the players might want to choose from.

Brennan Lee Mullgan’s – Host and player in hundreds of the hours of Dimension 20 and Misfits and Magic Brennan Lee has a lot of material online to draw from. Download Brennan’s character is Pentival “Five” Longfoot. Here is Brennan explaining his character on YouTube.

A shimmering portal floats on the pebbled beach of a great lake. Looking through, you can see the homes on Lake Street. A short distance up a small hill sits a ruined temple. There is one visible entrance. Vines and foliage have overgrown the temple in several areas. The air is thick and humid. The gentle lake breeze offers the occasional cooling draft. The sun is setting and biting insects rise in clouds from the foliage, on the hunt for fresh food.

This magical demi-plane is protected by many magical wards.

As the characters approach, the spectral vision of Gary Gygax appears once again.

"Good! You're here... Oh my, I thought there would be more of you. Well, we'll just have to make due. Deep in the catacombs of that temple, you will find a magical tome. It contains many secrets. Secrets of how to create and destroy entire worlds. Magic no mortal was ever intended to possess. You must find it and take it to a new hiding place. You have until dawn. If you are still here when the sun rises, that portal will close and you will be trapped here. Now quick, off with you before he gets here."

The BBEG will be seen emerging from the portal by the last character through the entrance. A thunderous voice shouts “YES!” the stone walls rattle and dust drifts down from the ceiling above.

In the star-shaped room, at the end of the long hall, on the bottom level of the dungeon, the PCs will find the Grimwar of Gygax. This magical tome contains all manner of Unearthed Arcana that could destroy the many worlds.

This is a simple dungeon crawl with two major twists. First, the dungeon is filled with traps created by the master himself, GG. The second twist is the party is in a race/chase against the BBEG… Matt Mercer!

If the party gets stuck on a trap or puzzle for too long, have Gary appears…

""Wow! I would have thought you would be further along by now. Mercer is closing in. You better get a move on. By the way, you may want to try..."

There Can Be Only One (Variant)

While the players are working together to get to the bottom of the dungeon. Clues found along the way point to the fact that there can be only one winner in this race. Only one person can possess the powers bestowed by the Tome of Gygax.

As the characters get deeper into the dungeon, the traps become more deadly and the party’s numbers dwindle until the final head-to-head battle with the BBEG. By this point in the game, the characters should be low on HP, resources, and spell slots. But, so is the BBEG.

For our game, I presented a 1st edition, first print copy (well-loved, and worn with use) of the Advanced Dungeons & Dragons Dungeon Master’s Guide, which I picked up on Ebay. An expensive table giveaway to be sure, but this is one game my players will be talking about for years to come. 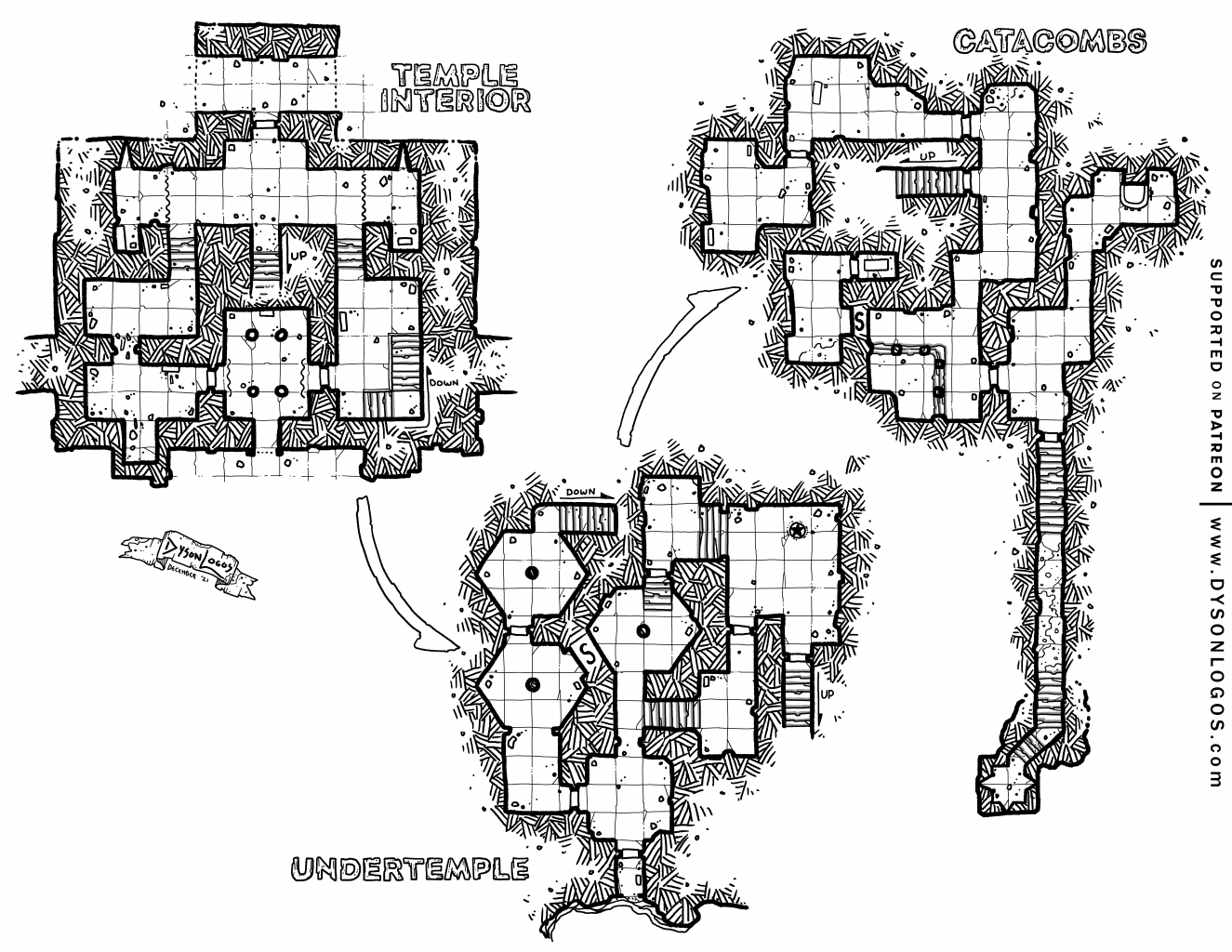